Over the next two weekends, PennDot contractors will be replacing the Route 581 bridge over 10th St. in Lemoyne.

Purpose 1 & Final Focus Productions will be hosting a live video stream of the bridge construction. 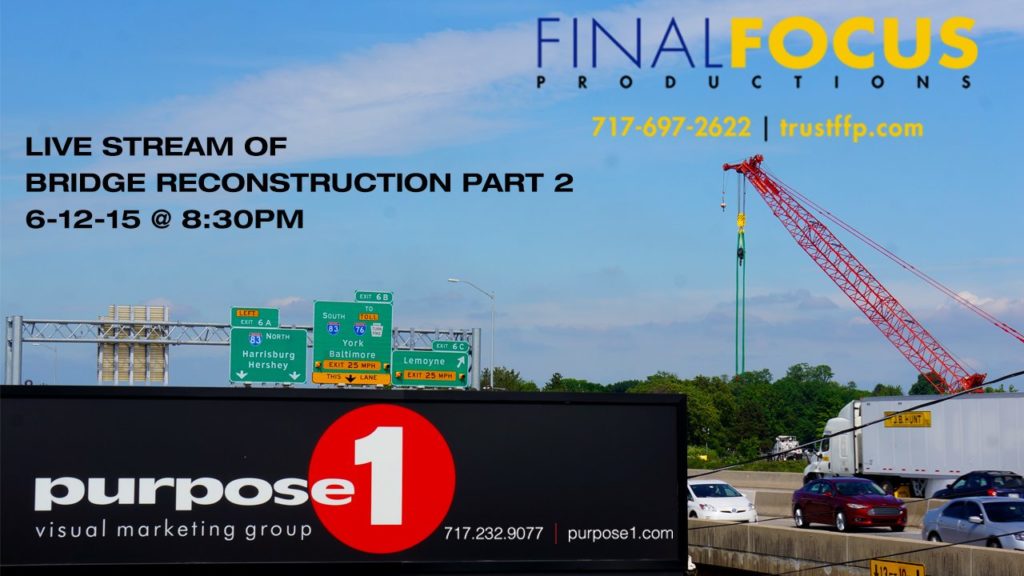 Weekend work is planned to avoid disrupting the more than 86,000 vehicles that cross the bridge daily, PennDOT said in a recent news release.  Excerpts from PennLive’s article by Nick Malawskey & published May 30, 2015 are below:

An interactive look at the Project

Over the next several weekends PennDOT will perform major construction at the York Split on I-83. The project primarily entails replacing the Route 581 bridge over 10th Street in Lemoyne.

To help visualize the project, we put together the following interactive map that shows how PennDOT will perform the work. This depicts the reconstruction of the eastbound span of the Route 581 bridge over 10th Street, which is expected to be completed in one weekend. 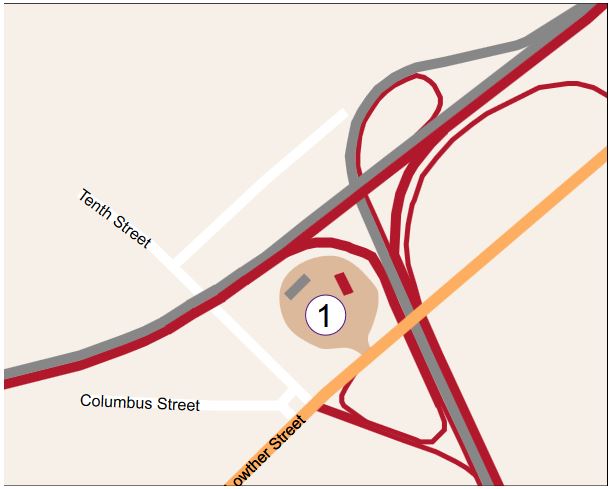 The bridge rebuild is the capstone to the $23 million rebuild of the Interstate 83 York Split, a project that started in 2012 and should be done by the end of this year. To pull it off, PennDOT and Eckman have pre-built the bridge, the two spans (east- and west-bound) taking shape over the last year in the construction yard off of Lowther Street.

In the construction yard the spans are complete: They had to be built and bolted together to make sure they would fit in the space of the current bridge. Starting next weekend, the spans will be unbolted and split longitudinally into three or four sections – each weighing between 120 and 130 tons – and trucked from the construction yard onto Lowther, then onto 10th Street. From there they will be lifted into place by a giant 650-ton crane – which in and of itself is a construction project, being built on site akin to a giant Erector set. The pieces of the crane, a special order from Austria, began arriving Thursday afternoon, having cleared customs in Baltimore earlier in the day.